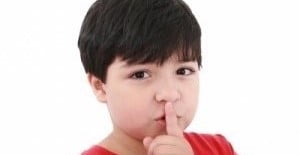 One reason it is essential to learn new words along with their pronunciation is because of all the silent letters in French. Here is a summary:

The “e” at the end of a word (another link here) is usually silent, unless you are listening to poetry or songs – and people from the south of France!

The only final “e” that is pronounced is the pronoun “-le” in the imperative form (example: Regarde-le). Careful: “é” is not the same as “e”, and is always pronounced “é” (ay).

Most final consonants (another link here) are silent. The exceptions are easily remembered with the acronym CaReFuL: only C, R, F, and L are usually pronounced at the end of a word (but of course, there are many exceptions). The other consonants, especially S and T, are usually not pronounced at the end of a word – unless a “liaison” is required, but that’s a topic for another day!

The “-ent” verb ending is silent (“il mange” sounds the same as “ils mangent”), whereas those same letters are pronounced “an” (a nasal vowel) when they’re part of an adverb, such as souvent, lentement, etc.

The letter “h” is never pronounced in French, although it can be combined with another consonant to produce a different sound: ph = “f”, and ch = “sh” or “k”. But th = “t”, so here the “h” is really silent: théâtre, thé.

Yes, there is such a thing as “h muet” and “h aspiré”, but the difference between them, which are actually both SILENT, is simply whether or not you can do a “liaison” and “élision” when a word starts with “h” (l’hiver, le hamster).

This is a tricky one: the “n” in nasal vowels (more links) is not usually pronounced – it’s only there to specify that the vowel before it has a nasal sound. The only time that this “n” is pronounced is if a “liaison” is required (un enfant, mon ami, on aime, il y en a).

So how do you recognize a nasal vowel? Simple: if you have an “n” or an “m” in a word, followed by a consonant sound, the vowel that comes before it is nasalized and the “n” or “m” becomes silent. And if a word ends in a vowel + “n”, that’s a nasal vowel and you don’t pronounce the “n”.

I hope this helps! Please let me know in the comments if you have any questions! 🙂